I haven’t been updating this place as frequently as i used to do in earlier times. In my earlier posts, i have pointed out the reason as making a the correct balance. But actual reason is i spend most of my free time watching TV series. In other words, i am hooked to them.

I am not talking about Indian TV shows like the saas bahu crap or 43yr old man marring 16yr old girl , but TV shows telecasted in the US.In general, they have great storyline,fine performances from actors and mostly importantly they move as the plots change,actors gets replaced. Something which i miss on Indian television.

Just like every tree in garden doesn’t yield fruits, same way not all TV series telecasted are interesting to watch. i would start from ones which i like the most.

Prison Break is an American Golden Globe Award nominated serial drama television series created by Paul Scheuring, which premiered on the Fox Broadcasting Company on August 29, 2005. The series revolves around two brothers; one who has been sentenced to death for a crime he did not commit, and the other, a genius, who devises an elaborate plan to help him escape prison. 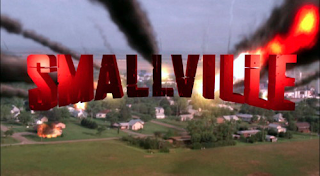 The plot follows the adventures of a young Clark Kent’s life in the fictional town of Smallville, Kansas, during the years before he becomes Superman. The first four seasons focused on Clark and his friends’ high school years. Since season five, the show has ventured into more adult settings, with some characters attending college and an increase in the introductions of other DC comic book superheroes and villains.

Lost is an American serial drama television series. It follows the lives of plane crashtropical island, after a commercial passenger jet flying between Sydney, Australia and Los Angeles, United States crashes somewhere in the South Pacific. survivors on a mysterious

How i Met your Mother

How I Met Your Mother is an American situation comedy that premiered on CBS Broadcasting on September 19, 2005. The show was created by Craig Thomas and Carter Bays. As a framing device, the main character, Ted Mosby, in the year 2030 recounts to his son and daughter the events that led to his meeting their mother, which explains the title and allows for a narration in the past tense. How I Met Your Mother’s other main characters are Marshall Eriksen, Robin Scherbatsky, Barney Stinson, and Lily Aldrin. Thomas and Bays drew from their friendship in creating the characters, with Ted based loosely on Bays, and Marshall and Lily based loosely on Thomas and his wife.

The above 4 shows are the my favorite ones, other than that i watch Dexter,24,Supernatural. but didn’t like them much.

the next question is How do i get this shows here in INDIA? Answer: via Peer-to-peer networks like TPB. as legally you can’t get them here.

Now, Go watch it as the risk of being addicted!!